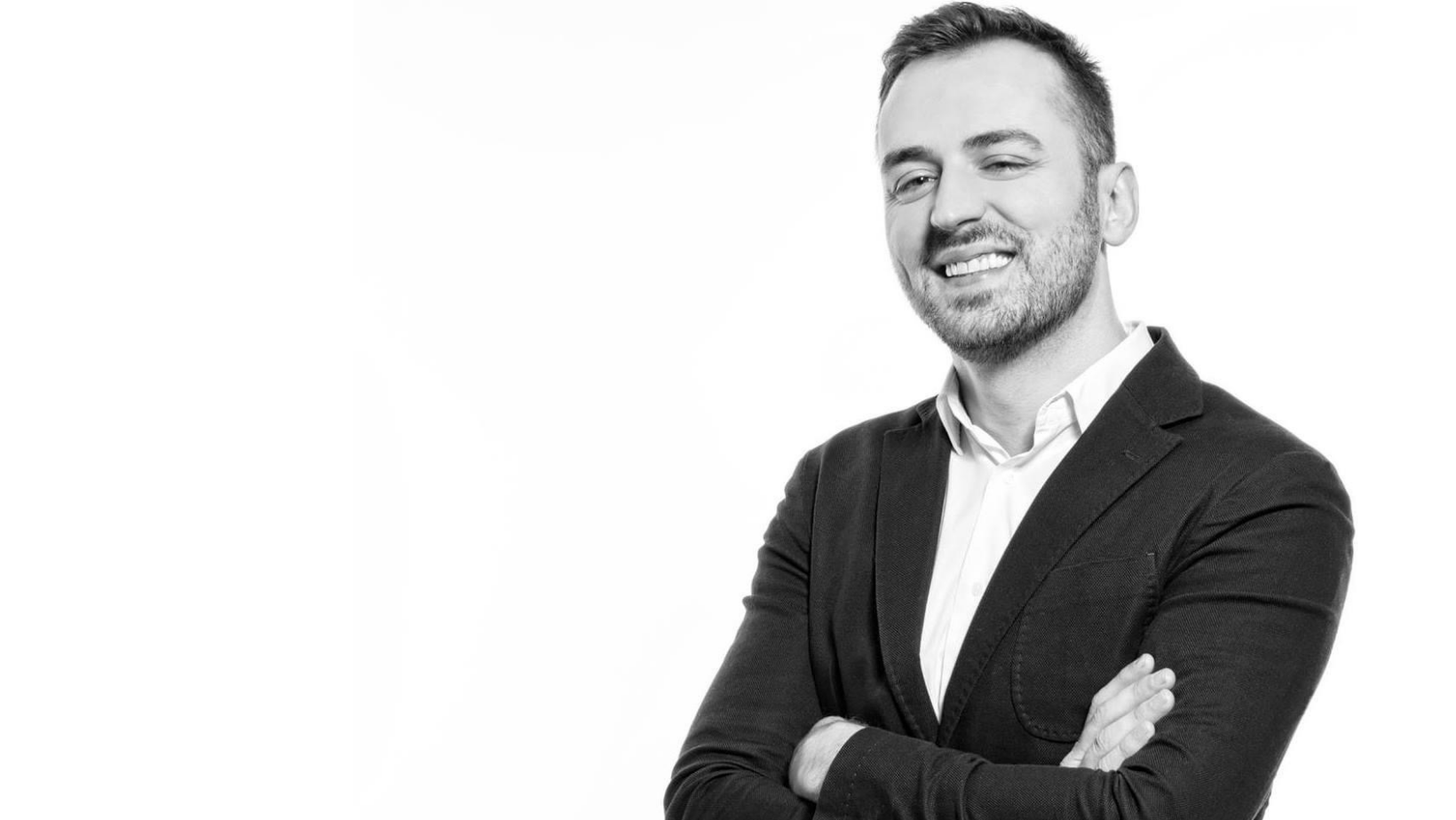 What is your view on the progress towards LGBTI rights in the Western Balkans?

When looked at in retrospect, this is an historical momentum for the rights of LGBTI  people in the Western Balkans, as well as most of the world. This is the only time in a long history of oppression, invisibility and persecution that lesbian, gay, bisexual, trans, intersex and queer people enjoy some positive visibility and legal rights. In the 1990s we had decriminalization, which meant that people could be openly gay and lesbian without risking jail or other forms of punishment. From the late 2000s onwards we had the first legal changes, protecting people from discrimination based on sexual orientation and gender identity. Later on, sex characteristics were added to the list. By 2019, Sarajevo and Skopje joined other capitals of the region by holding their first Pride marches. In 2020 Montenegro became the first non-EU country to legally recognize same-sex unions.

This historical momentum however, has not come without a price. Prejudice, discrimination, homo/bi/trans/queer phobia, brewed generation after generation, have left a strong mark in Western Balkan societies. The more visible LGBTI have become in the last decades, the bigger the backlash. While many people have grown to understand and accept LGBTI people, many more are lined up against them based on patriarchal, misogynistic, nationalistic and dogmatic grounds. The so-called anti-gender movement is gaining more ground across the region, instigating fear among the populace that LGBTI people are destroying the traditional family and are a threat to children.

The era of the high speed internet, and the fake news phenomenon, has also had its toll on minorities like LGBTI people. Hate speech and harassment is widely spread across all social media. The Covid-19 pandemic has also had an impact on our community. Our own regional assessment showed how LGBTI people’s economic, mental and physical well-being has deteriorated.

Equally importantly, most LGBTI people find it very hard to be visible. Our regional LGBTI survey back in 2018, shows that only 3 percent of LGBTI people are completely out about their identity, while 52 percent are not open at all. Main reason for not being out is related to an overall feeling of unsafety. 61 percent of LGBTI people for example avoid going to certain places (bars, streets, parks, neighborhoods etc.) because they do not feel safe.

In conclusion, the road to full equality and acceptance for LGBTI people in the Western Balkans is still very long and bumpy.

Do you think the incentive behind the Western Balkans’ approach towards LGBTI rights relates to their desire to join the EU block? If yes, how big of an influence do you think it is?

Keeping in mind that the LGBTI movement in the Western world is at least a few decades older than ours, Euro-Atlantic integration has been a big incentive for all countries of the region to reform, become more democratic and protect/defend human and minority rights. LGBTI rights are fundamentally and essentially a human rights issue, and that is the framework under which the above mentioned positive changes have occurred. Keeping in mind also, that (despite the recent issues with Hungary and Poland) the EU has enjoyed some amount of consensus on LGBTI rights, it is no surprise that integration has been providing a helpful leverage. Unsurprisingly, the framework of EU integration is politically less costly for the local Western Balkans elites, so embracing non-discrimination – in exchange of EU club membership – hasn’t been that difficult.

As we know, however, in recent years, EU integration has suffered quite the blow with countries of the union failing to agree on opening membership negotiations with countries like Albania and North Macedonia which has significantly hampered the unions’ influence and credibility in our region. This in itself has posed a big challenge for the progressive movements. As Political Scientist Jasmin Mujanović argues in a recent tweet, our overt reliance on EU integration as the only solution for our future, has made the region’s “policy, intellectual, and creative communities overly-dependent on the block as a source of funding and legitimacy.” He rightly expresses the concern that as we raced to legitimize change in the name of “joining the west”, with that incentive now weaker than ever, we risk seeing a “catastrophic triumph of nationalist-authoritarianism”. I agree with him, that from now on, if we want to push for legal or policy changes (including here LGBTI rights), we have to make an argument for liberal-democratic values, as a good in and of themselves, not as something to adopt in exchange for membership.”

How can traditional countries with outdated legislation, such as North Macedonia, become more open to dialogue and acceptance of same sex marriages and what would be the most suitable approach to talk about the perspectives of such an encouraging and significant change in our society?

The first step is in understanding that we as LGBTI people are deserving of a family just as everyone else is. This is a matter of equality in front of the law. Same-sex couples getting married and forming a family does not take away from the traditional opposite-sex families. All we want is to love and be loved and to be in a nurturing environment of our choice. Being deprived of that right means we are de facto and de jure second-class citizens, who are merely tolerated but not seen as equals. This basically means, we need more education and awareness around what LGBTI people want, and an understanding that such demands do not weaken society, or institutions such as the family, but in fact make it much stronger. I understand that this is a very difficult subject to address, and in those countries where such important legal changes have occurred, it was primarily because the public opinion had over a long period of time changed towards increased acceptance of LGBTI people. When larger communities are in close contact with LGBTI people for a long time, they also understand that discrimination, prejudice and exclusion leaves LGBTI persons alone, without a family and in worsened living conditions.

Also, before we can even talk about family and marriage, we need to understand that the LGBTI community in North Macedonia and the rest of the Western Balkans, are still struggling with lack of respect for their basic rights. For instance, the recently passed anti-discrimination and hate crime laws are lacking in implementation. The community has very low trust in state institutions and authorities, on the other hand, still lack capacities to work with the community in a systematic and sustainable way. There are still visible cases of hate crimes in North Macedonia that are awaiting legal resolution. Trans and gender-diverse people still cannot access basic health and legal services due to lack of legal gender recognition, policies and protocols.

It is my conviction that all of these solutions can be found within the socio-cultural realm of our Balkan societies. We are not societies void of empathy, solidarity and love. In fact, if all of us went a few steps back towards those basic principles, I am sure acknowledging LGBTI people as equals deserving of respect, love and acceptance wouldn’t be such a utopian reality. We are all deserving of a family, of loving and being loved, and once society truly understands that, then we can move on forward.

What should be the Western Balkans’ priority when it comes to altering our society from being outdated and patriarchal to becoming more compliant and open to accepting the diversity of gender identity and sexual orientation?

To change old patriarchal views means having the political will and courage to have difficult conversations which are not necessarily popular. That means, for the political elites, and all relevant stakeholders, to put in place laws, policies and actions that challenge these views, as well as to ensure full implementation and respect of those laws. Education, community empowerment and visibility, dialogue, participation and interaction with all communities and social groups are the key steps that need to be taken consistently. The media has a huge role to play too. We need to feel safe to share our stories, to connect to the rest of society and to build the much needed acceptance and solidarity. Societies of the region should do more to tackle hate speech, discrimination and violence against any type of minority and put in front of responsibility those who choose to commit a crime over having an adult conversation over difficult and challenging topics. Society does not change for the better, unless we leave our comfortable bubbles, and realize that the world is way more complex and more diverse than what we think it is, and that in itself is not a threat to the social fabric, but an immense source of inspiration and value.

As ERA’s executive co-director, what was (and still is) your main focus during the Covid-19 pandemic?

As a network of 70 member organizations, we have been testimony of the many challenges that our members and the community have been faced with since the pandemic. For the community, this includes loss of jobs, increased homelessness, domestic violence and mental health problems. For the organizations we saw a shifting of priorities and a loss of jobs. And with governments we saw a stagnation when it comes to legal and policy advancements. In practice, for us this meant increasing our focus on the member organizations and their immediate needs, assisting in fundraising efforts, advocating with donors and looking for solutions.

On a more positive note, we have also seen an increased solidarity among individuals and organizations; communities gathering on the premises of helping each-other and providing the much needed support. The pandemic has shown to us that we cannot simply go on with the old fashioned ways. And that relates also to how we organize as communities, the values and principles we have in place and the difficult uncharted choices we have to make. This September the membership is holding a meeting which will lead to the design of our next Strategic Plan 2022-2026. I am very excited to hear what each and every community leader will have to say and share. But I do expect a shift, a positive one, which we desperately need. I am optimistic and hopeful!

Amarildo Fecanji, is an LGBTI human rights activist. He holds a B.A in International Relations (SUNY/ESC) and an LL.M in Public International Law (Uni. Nottingham). Previously, he was Program Director for PINK Embassy/LGBT Pro Albania and since 2016 he is Executive Co-Director of ERA – LGBTI Equal Rights Association for the Western Balkans and Turkey. He lives in Tirana with his partner and their two cats.